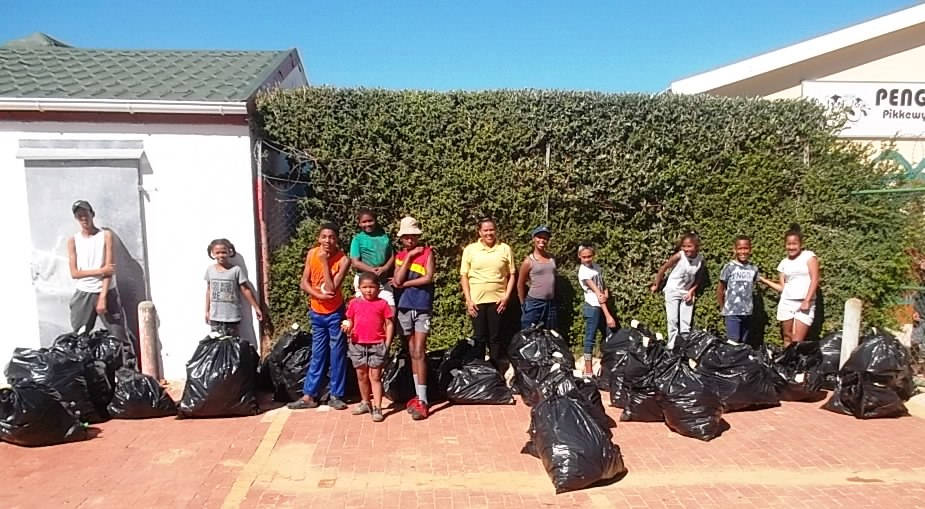 Mooi Uitsig is a pretty village with neat brick houses some of which have carefully-tended gardens. Many of the houses are dirty and neglected with piles of junk lying outside, weeds and long grass pushing through the gaps. Litter spoils the village, plastic bottles, straws, sweet papers, glass and Styrofoam trays are dropped where the user finishes with the contents. For some reason there is always a need to break the glass and smash it into smithereens.

Juffrou Zaan in the last school holidays decided enough was enough and it was time for a Clean-Up. She asked the municipality for help by sending a truck to collect all the unsightly junk thrown out by the residents to rot between the houses. She told the residents to play their part by hauling the junk to the side of the road to make collection easier and she roped in volunteers to pick up litter. Of course the biggest group of volunteers was the Pikkewyntjies staff and pupils which included some past Pikkewyntjies. 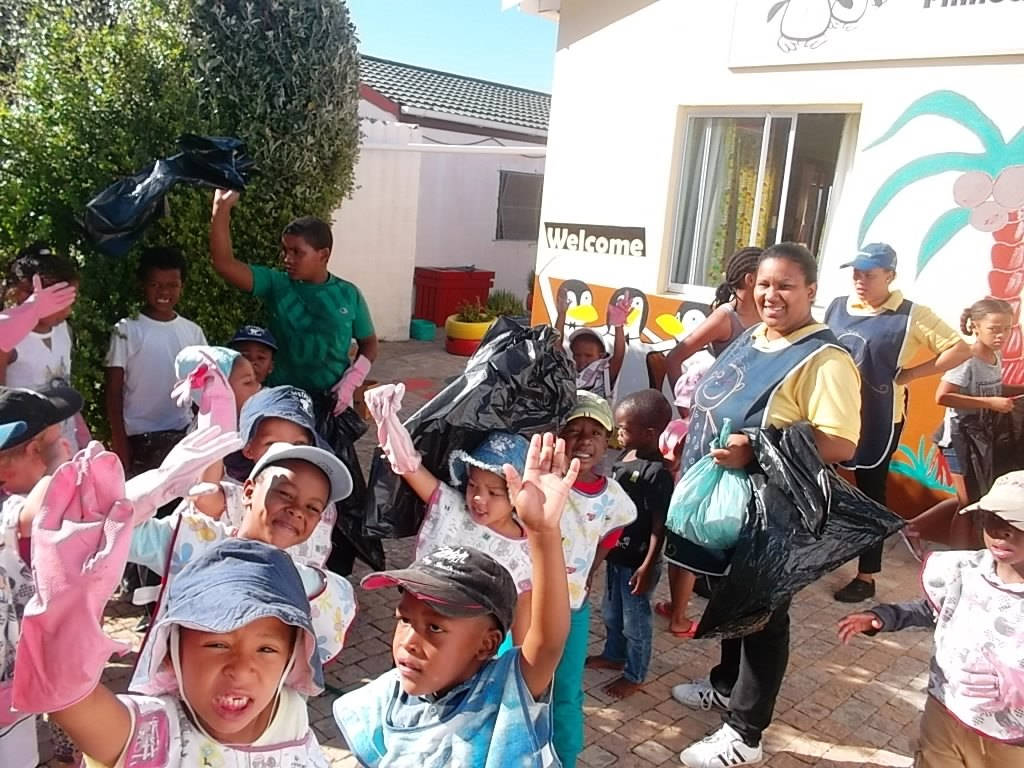 They did a tremendous job and at the end of the morning Mooi Uitsig looked spick and span. A braai followed with boerie rolls for all the hard workers and then it was time for the mysterious prizes which Juffrou Zaan had mentioned at the beginning of the day. What a thrill that was.

The municipality has now been approached with a request to put up litter drums in the village since the root cause of the mess is that there is nowhere to throw away one’s rubbish.